With such diverse and captivating fiction available at every physical and digital corner, it’s no wonder that readers seeking intrigue tend to skip over the nonfiction section. But true doesn’t have to mean boring. If you’re looking to cross over into the realm of reality but aren’t sure where to start, these 14 spellbinding nonfiction books just might be your onramp. 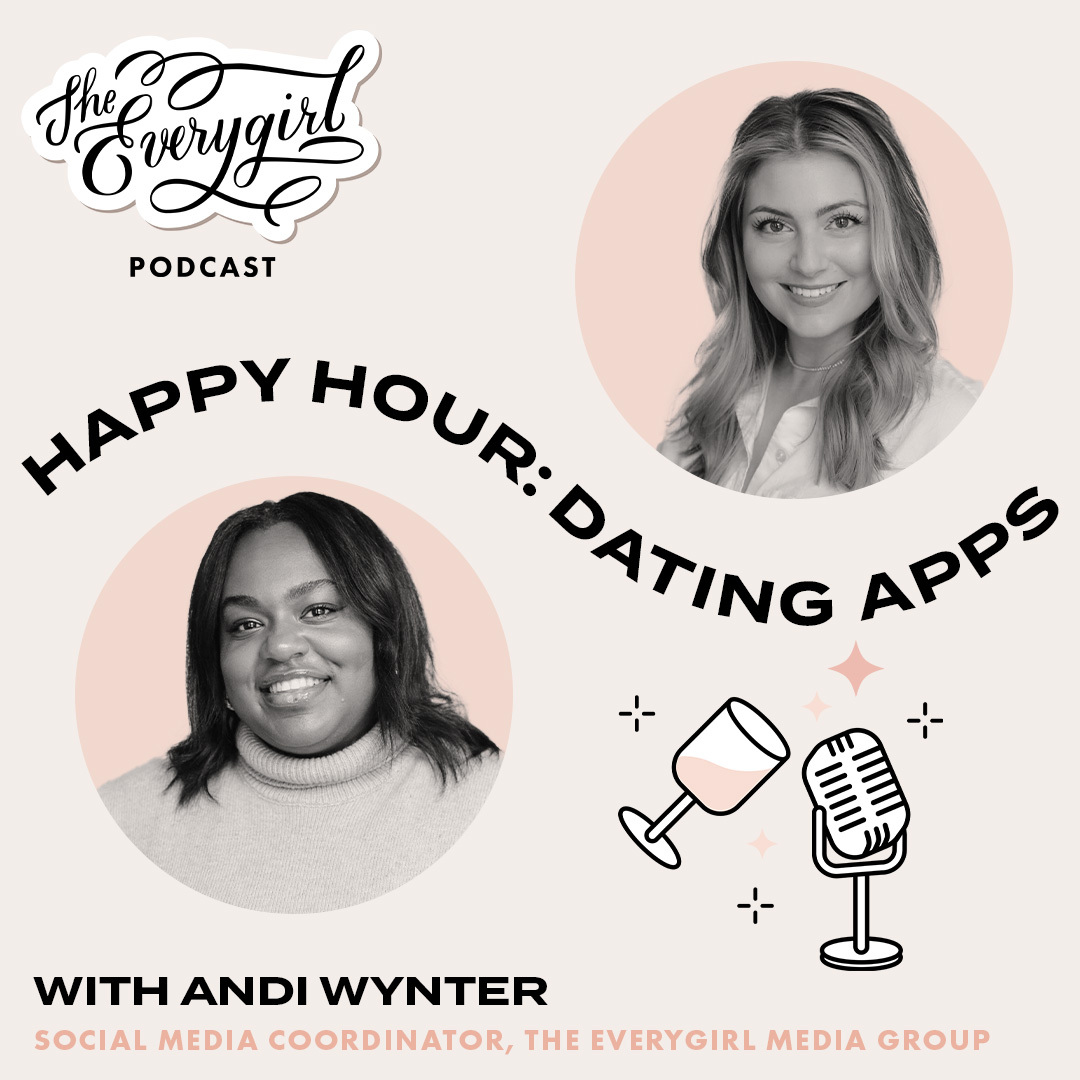 NEW EPISODE / THE EVERYGIRL PODCAST
Happy Hour With the Everygirl Editors
On today’s happy hour episode, Josie and Andi chat over a glass (or two) of rosé about all things dating in 2022.
LISTEN NOW

Whether you’re looking for a riveting memoir, an eye-opening history, or a tale of scandal so shocking you’ll question how true the story can be, there’s a nonfiction book on this list with your name on it. Go ahead and clear your weekend, once you grab one of these and open to the first page, you won’t want to do anything else until you read the last one. 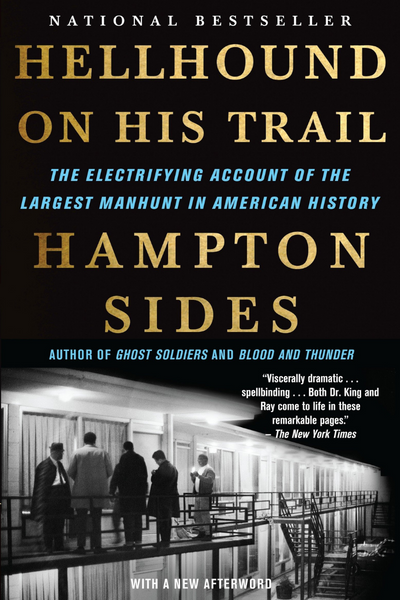 Hellhound on His Trail

Minute-by-minute details and the pacing of a thriller make Hellhound on His Trail a tough one to put down. But far from a John Grisham fable, this book tells the true story of James Earl Ray’s assassination of Martin Luther King, Jr. and the manhunt that followed, offering a look at a pivotal moment in American history that is equal parts gripping and comprehensive. 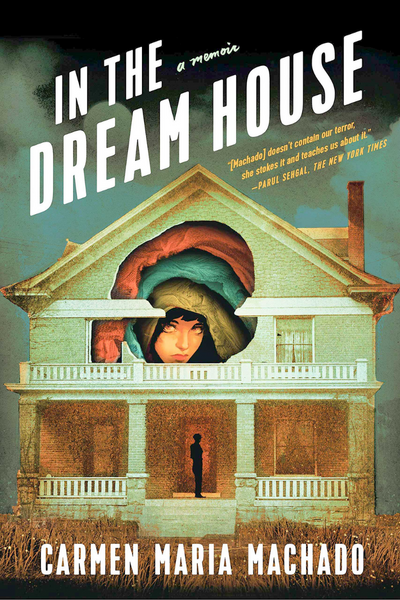 In a memoir not quite like any other, author Carmen Maria Machado revisits the years she spent trapped in an abusive relationship through a series of genre-spanning vignettes. The result is not only a uniquely surprising work of art but a much-needed spotlight on the reality of domestic violence within same-sex relationships. 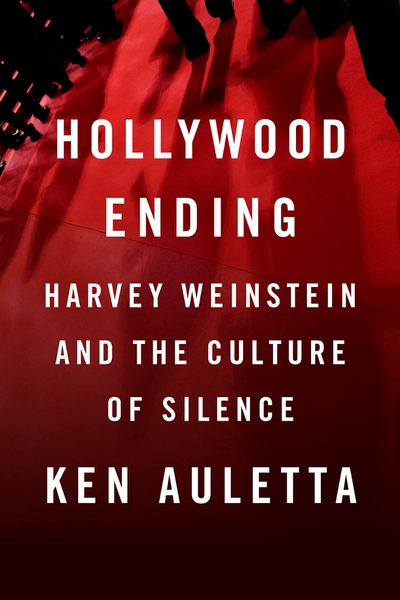 Hollywood Ending: Harvey Weinstein and the Culture of Silence

Decades after his New Yorker profile cast early light on Harvey Weinstein’s dark side, writer Ken Auletta dives deeper into the life of the disgraced Hollywood mogul. With the world now aware of Weinstein’s crimes, this page-turner bio attempts to uncover the reasons why. 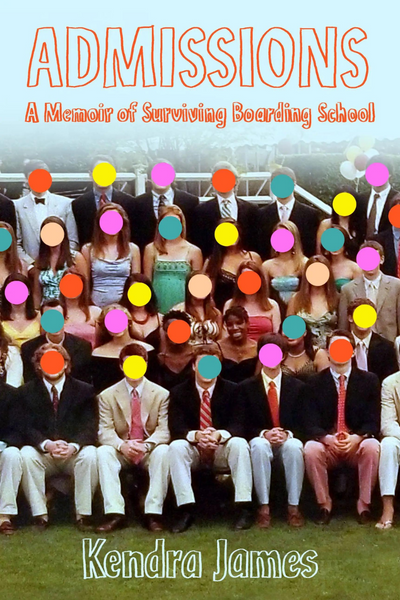 Loved Curtis Sittenfeld’s Prep? You’ll get lost in Admissions, an unflinching look at the systemic issues that plague elite academic institutions. Having spent her early career as a prep school admissions officer focused on diversity recruiting, writer Kendra James reflects on her time as one of the only Black students at a tony boarding school. 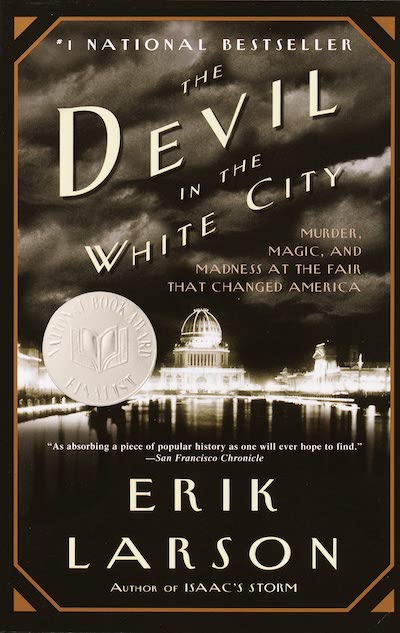 The Devil in the White City

Erik Larson combines meticulous research with nail-biting prose in this true tale of the 1893 Chicago World’s Fair and the serial killer who used the fair as the backdrop of his crimes.

Devil in the White City is the story of H.H. Holmes like you’ve never heard it before. 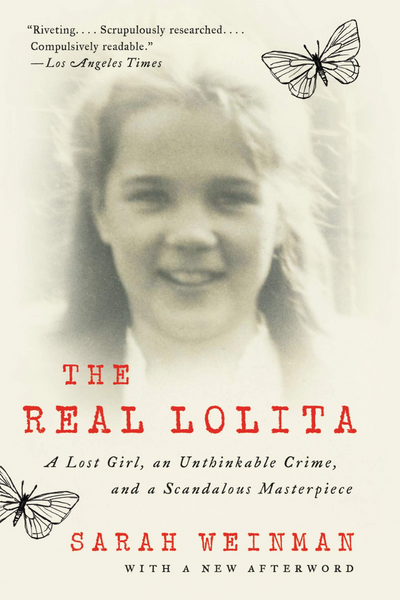 Over a half century after its publication, we’re still debating whether Nabokov’s Lolita is remarkable, repulsive, or both. But the real-life crime that inspired the novel is often left out of the debate. The Real Lolita recounts the 1948 kidnapping of Sally Horner in vivid detail, re-centering the young girl in the never-ending discussion of the story she inspired. 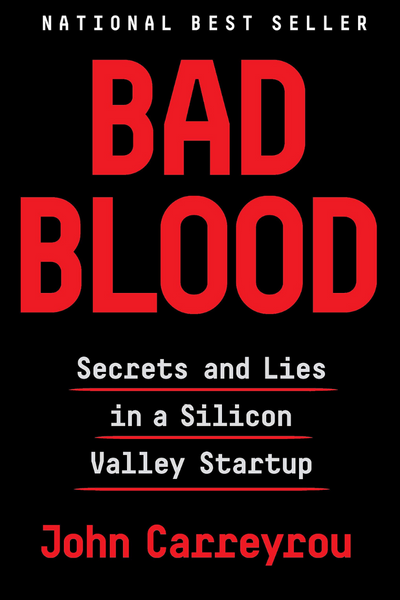 Before the HBO documentaries and Hulu miniseries, there was Bad Blood, the jaw-dropping written account of Elizabeth Holmes’ fraudulent rise and disastrous fall. Bad Blood brings readers along for the shocking journey of Holmes’ startup Theranos and her costly claim that she’d devised technology capable of diagnosing a slew of medical conditions from a lone drop of blood. 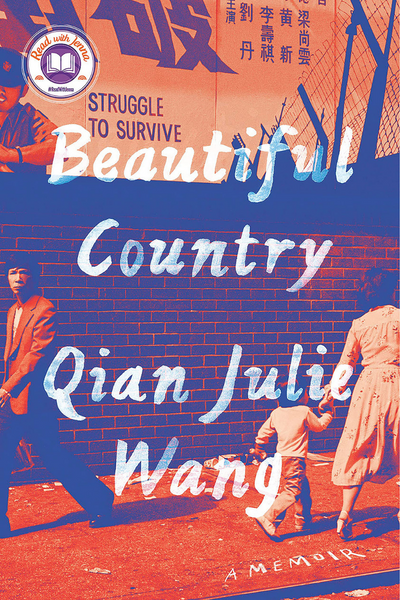 Beautiful Country is a bracing memoir you’ll wish was fiction. Author Qian Julie Wang arrived to the U.S. from China full of hope at just seven years old, only to find hunger and hardship due to her family’s immigration status. Incisive, challenging, and ultimately uplifting, this inside look at navigating the U.S. as an undocumented family is a must-read. 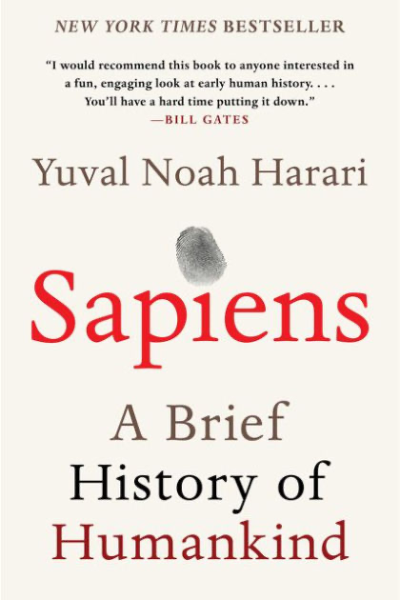 A “brief history of humankind” may sound impossible to write and laborious to read. But historian Yuval Noah Harari manages to weave a fascinating tale of Homo sapiens’ past and future that doesn’t feel like homework. Both expansive and focused, Harari’s exploration of human cognition and its impact on politics and the environment belongs on any bookshelf. 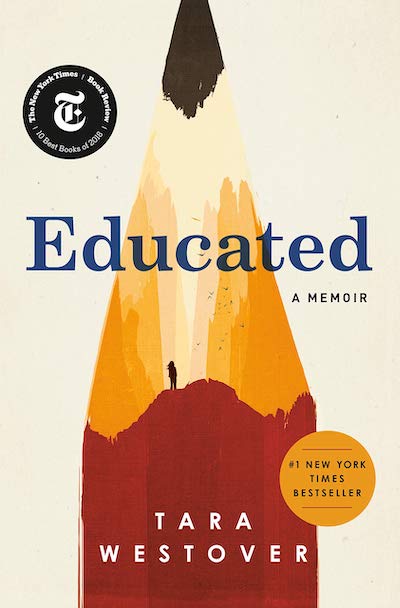 Tara Westover was seventeen years old before she ever set foot in a classroom. Born to survivalists in the mountains of Idaho, Westover’s family was so isolated from society that there was no one to ensure she received an education and no one to intervene when one of her older brother’s became violent. When Tara finally decided to try out a new way of life, she found herself traveling all over the world and eventually to Harvard and to Cambridge University. 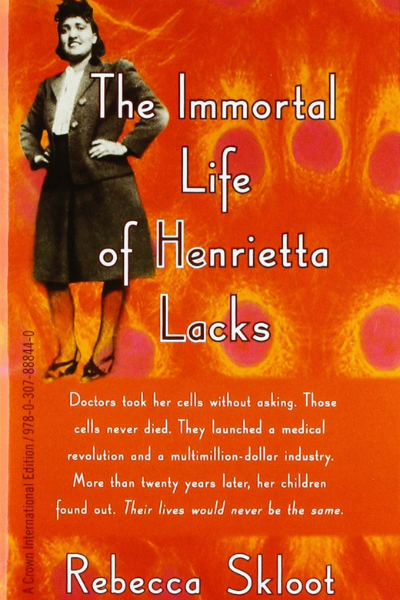 The Immortal Life of Henrietta Lacks

The true story of a woman who lived forever—in a manner of speaking—but never knew of her own longevity. Taken without her consent, Southern Black farmer Henrietta Lacks’ cells were grown in culture to become the first immortal human cell line, contributing to the polio vaccine, IVF, and other crucial medical advances. Rebecca Skloot’s engrossing tale tackles the sordid history of forced experimentation on Black Americans and its continued ramifications. 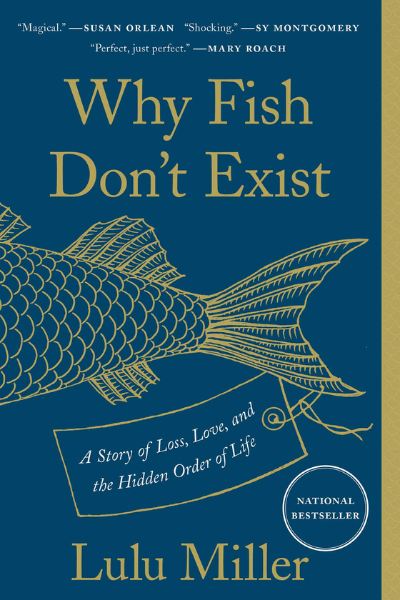 This unusual memoir-biography explores humans’ often surprising capacity for resilience. Lulu Miller revisits her own hardships alongside those of taxonomist David Starr Jordan, whose abundant discoveries of fish species were thwarted by one natural disaster after another. Both Miller and Jordan persevere in this one-of-a-kind text. 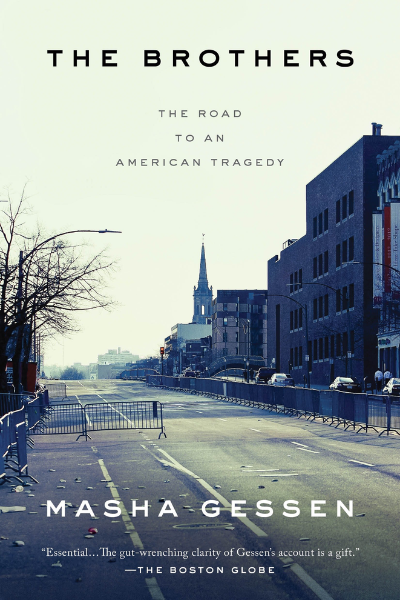 Celebrated journalist Masha Gessen takes a closer look at the 2013 Boston Marathon bombings and the brothers behind it. Gessen asks the difficult questions to uncover how the Tsarnaevs’ time in the U.S. went so awry and yielded such tragic results in this difficult but essential read. 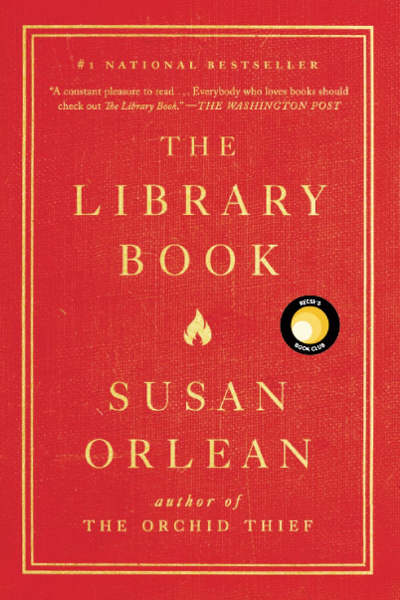 Bookworms unite! Ostensibly a history of the 1986 LA Public Library fire, The Library Book doubles as an ode to libraries, librarians, and reading itself. Whether your tastes lean toward fiction or non, this one is the ultimate book lover’s treat. 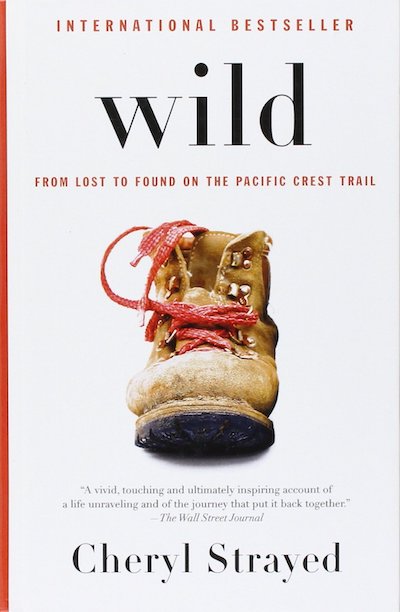 Read the true story that landed Reese Witherspoon an Oscar nomination in 2014. At 22 years old, Cheryl Strayed thought she had lost everything—her mother, her family, and her marriage. Four years later, Strayed had nothing to lose and made the most impulsive decision of her life: She was going to hike more than 1,000 miles of the Pacific Crest Trail, alone and with no training. 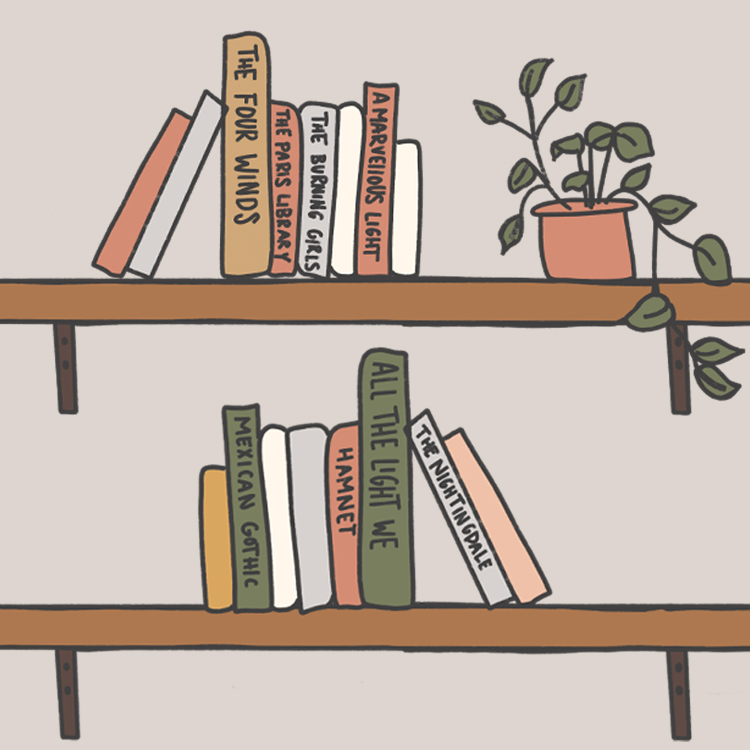