A few weeks ago, I settled into my couch with some takeout and a whole lot of scrolling to do as I started HBO’s hit new series, F Boy Island. By the end of episode one, I was glued to the TV, no phone in sight, listening to every single word. It started a spiral of watching dating show after dating show that has given me quite a few thoughts on what dating shows can teach us about relationships off-screen.

I’ve never been one for dating shows, but something about hot girl summer and the entrance into f*ckboy fall has me intrigued by the mess. After being in quite a few situationships in my time, a dating show filled with drama, secrets, and lots of men and women scantily clad on a beach is exactly what the doctor ordered. After watching F Boy Island, The Bachelorette, Love Island UK, and Too Hot to Handle (warning: spoilers ahead), I’ve conjured up quite a few thoughts:

1. If someone shows you who they are, believe them

I wasn’t shocked when Sarah picked Garrett at the end of F Boy Island (but when he didn’t choose her, I threw my remote at the TV), but I did feel extremely frustrated the entire time. From the first night, Garrett showed exactly who he was over and over again. As a viewer, I never felt like he was even pretending; he always acted like it was a game for him, and he continuously showed that he wasn’t there for Sarah.

When someone shows who they are over and over again, that’s likely just who they are. One moment of vulnerability or some honesty won’t change that person. I believe in second chances, but when you’re up to five or six chances, it’s not worth your time.

2. Vulnerability doesn’t have to be sharing your deepest, darkest secrets

When you watch any dating show, you’re hit with a few classic scenarios. The lead wants someone to “open up more” and “be vulnerable,” and with that, it usually means the contestant shares their biggest traumas or hang-ups, and then the lead rewards them. But dating itself is an act of vulnerability. You’re putting yourself out there just by talking to someone regularly or choosing to go on a date with them.

There are levels to vulnerability, and everyone will always be at a different one, but that doesn’t mean someone is being “more” vulnerable. For me, simply going on a date is a big step, while someone else might feel vulnerable when they talk about their boundaries. Yes, vulnerability can include sharing things about your life, but that’s a very narrow view of what vulnerability in relationships actually looks like.

It’s also not fair to expect someone to immediately be able to open up about their hardships when you’ve only just met. That shouldn’t be an expectation to continue a relationship or be the basis of a strong connection, and dating shows often exploit people for sob stories without recognizing that that isn’t necessarily “normal” in a new relationship.

In dating, you expect a couple to meet, start texting, go on a first date, text a little more, go on some more dates, meet each other’s friends, keep texting—and boom, you’re in a relationship. One thing dating shows get right is that the assumption that dating has to be one thing after another to be successful isn’t accurate (arguably, it’s one of the only relatable parts of a dating show). On Love Island, you constantly see couples meet and slowly get to know each other, and then they do the same with someone else, only to realize that they have the best connection with the first person they hooked up with.

Dating will look different for every couple, and if your relationship takes turns that don’t follow this straight path, it’s OK—it doesn’t make yours any weaker than others.

4. There is no telling how long a relationship will last when it begins

In some shows, you can tell who will make it to the very end. There was absolutely no way Greg wasn’t making it to the end of Katie’s season of The Bachelorette. But they had me fooled when Matt James chose Rachel Kirkconnell at the end of The Bachelor season 25—I felt like I barely saw them speak the entire show (Anna from that season made it so far, and I saw her speak to Matt on air like three times).

Sometimes, you can guess, but other times, the connections you make along the way are surprising. As an active dating app user, this is important to keep in mind. I might talk to someone nonstop for two weeks and then it ends, or it sticks around for the long haul. I’ve also had relationships that started slow and picked up steam and some that just completely fizzled out. “Slow and steady wins the race” works sometimes, but sometimes it doesn’t, and that’s OK.

Season two of Too Hot To Handle was significantly hornier than the rest (which made for a much better TV show, if I’m being honest). The sexual attraction they all had for each other was honestly infectious from the beginning, and you could just sense the pheromones in that villa from day one. But the people with the most initial sexual chemistry didn’t necessarily have any romantic connection.

This also works vice-versa. You might have such a great connection with someone and love spending time with them, but the sex is just meh. Bad sex doesn’t have to completely kill a relationship, but it goes to show that sexual connections and romantic connections won’t always align.

Once Carly in Too Hot to Handle realized how much power she had in speaking up and sharing her feelings about her situation with Chase, she grew exponentially and was actually able to pursue a relationship. When you can actually have conversations about what’s going on in your relationship instead of just running away or ignoring issues, you’re able to really work through things. Don’t let something go on because of miscommunication. 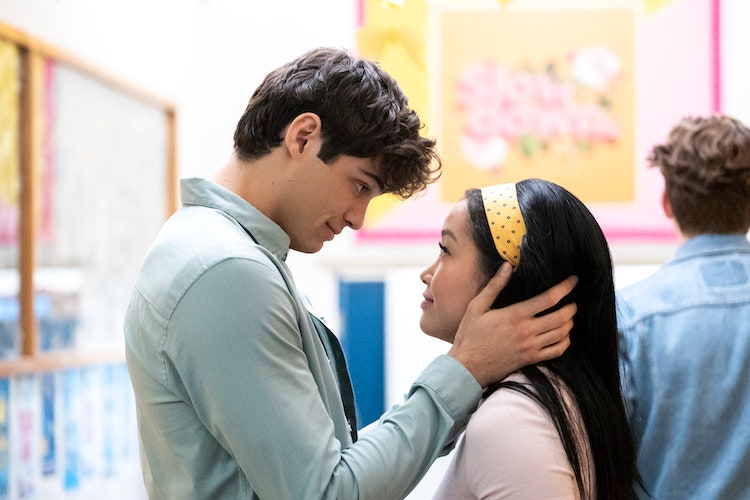 The post I Just Binged 4 New Dating Shows—Here’s What I Learned About Relationships appeared first on The Everygirl.