Three words, 12 letters—say it, and I’m yours: new on Netflix. My affinity for falling head over heels for a brand new series or film started long before the birth of the streaming service as we know it. Instead, it is deep-rooted in my childhood-based Friday trips to Blockbuster. Choosing amongst what seemed like 3.2 billion titles, narrowing my decision down to one, and snagging a strawberry Ring Pop at checkout was the pregame. Snuggling up with my favorite tie blanket, popping the VHS tape into our dusty Panasonic VCR, and watching a new (probably very mediocre) flick was the main event.
Blockbuster may be dead, but my love for compellingly fresh shows, thrilling new movies, and a worry-free Friday night on my couch remains alive and well. Saying “hello” to another month means welcoming new-on-Netflix arrivals, and honey, you’re going to want to grab your popcorn for these guys: 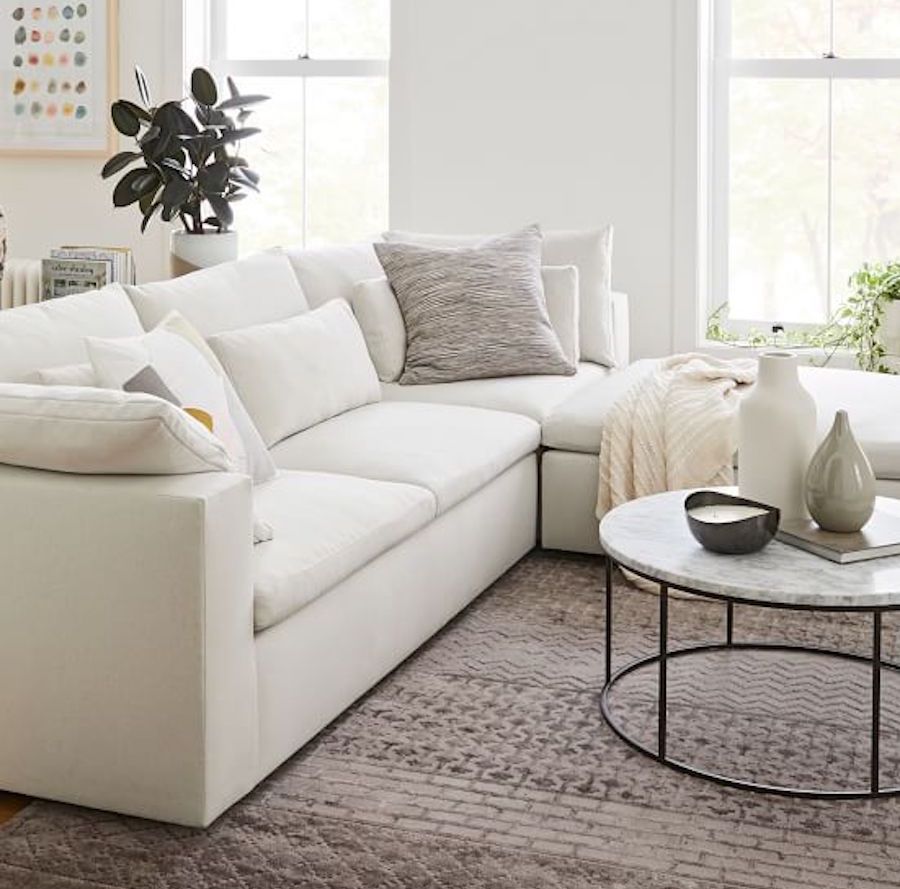 If true crime, thrills, drama, romance, and a bit of interwoven comedy sound like your idea of a good time, Money Heist has your name written all over it. When a criminal mastermind who goes by the name of “The Professor” has a plan to pull off history’s biggest heist, he recruits eight other brilliant thieves with a certain set of skills and nothing to lose. With four seasons and the fifth on the way, you’ll have plenty of content to keep you on your toes.

We’ve had our calendars marked for the sixth season of Lucifer for as long as we can remember, and after much anticipation, our favorite devil and detective duo are back and better than ever. When the new season is released, you simply won’t be able to reach us until we binge-watch the entire season.

You know it, you love it, and it’s back for a third season. If you haven’t jumped on the Sex Education train yet, we have one word for you: Why? In this British comedy-drama, a socially awkward teen with a sex therapist for a mother and a whip-smart bad-girl team up to start an underground sex therapy clinic at their school. It’s light, funny, thoughtful, heartfelt, and genuine, and binge-watching it is always a good idea.

Reality fans, rejoice! The Circle is returning with a few new episodes, and if you loved the status and strategy that accompanied the social experiment in season one and beyond, you’re in luck. With plenty of flirting, befriending, and catfishing, these new episodes are bound to keep you on the edge of your seat.

Turning Point: 9/11 and the War on Terror is one of Netflix’s newest documentary series timed to the 20th anniversary of the Sept. 11, 2001 attacks. From Al Qaeda’s roots to America’s response, this docuseries covers a lot of ground about a day and the years following that changed the United States and the world forever.

Our love for travel in a pre-pandemic world knows no bounds, and the second season of The World’s Most Amazing Vacation Rentals is no exception. In this reality TV series, three travelers visit vacation rentals around the globe and share their expert tips and tricks. It’s the lighthearted show that we all need in our lives, and we’ll 100 percent be diving headfirst into the wanderlust.

7. Monsters Inside: The 24 Faces of Billy Milligan

If you’re on the hunt for a new true-crime docuseries, you’re in luck because Monsters Inside: The 24 Faces of Billy Milligan is making its way to Netflix. This documentary tells the chilling tale of Billy Milligan, an accused serial rapist who claims that multiple personalities control his behavior. If you’re looking for a series based on true events that’ll keep you up at night, add this to your “to-watch” list.

If you ask us, Blood & Water is one of the most underrated shows on Netflix, so we’re happy it’s back for a second season. In this drama series, a Cape Town teen sets out to prove whether or not her new school’s swimming star is actually her sister who was abducted at birth. The plotline is anything but predictable, the acting is on point, and we can’t wait to get clarity after the cliffhanger they left us on at the end of season one.

We have been waiting for a new series to sweep us off of our feet, and we predict that On The Verge, one of Netflix’s newest installments, will be it. In this dramedy series, four female friends in their 40s dig into love and work with a generous side of midlife crisis in a pre-pandemic world. It’s giving us all of the Firefly Lane meets Sex and the City vibes, and we are here for it.

Midnight Mass is one of Netflix’s newest limited series and the mystery-meets-thriller extravaganza we’ve been waiting for. After a mysterious priest arrives at an isolated island community, seemingly miraculous events unfold alongside a renewed religious fervor. Grab your popcorn and the edge of your seat—this series was brought to you by the creator of The Haunting of Hill House, so we know it’s going to be good.

Dear White People is the Netflix series spinoff of the film by the same name by Justin Simien. The series is considered a comedy in nature and follows the accounts of students attending a predominantly white Ivy League institution, bringing attention to racism, cultural injustice, and activism in the modern age. To put it lightly, we couldn’t be happier that it’s back for a fourth season.

We know her, we love her, we want to be her, and we can’t wait to watch Marie Kondo’s newest Netflix feature, Sparking Joy. In this inspirational and transformational series, Kondo is taking her talent of Tidying Up to a broader scale, where she will help bring her method to businesses, relationships, and communities. We love a good reality series that makes us want to get up off of the couch and revamp our own lives, so we have a feeling that this series will be at the top of our watch list.

In the wake of the second season of Outer Banks, we have (probably too high of) hopes that Dive Club will fill the void. When one of their own goes missing, a crew of teen divers takes matters into their own hands—and uncover a series of secrets along the way. Maybe they’ll be off-brand Pogues, but maybe, just maybe, they’ll be our new favorite crew to tune into when we’re craving camaraderie and adventure.

If you’re in the market for a new thriller-action-drama to fangirl over, Kate is bound to be it. After a ruthless assassin becomes fatally poisoned, she has less than 24 hours to exact revenge on her enemies and find who ordered the hit. We love a woman who can kick ass, so we’re ready for this one.

Our love for Melissa McCarthy is unmatched, so we can’t wait to watch The Starling, Netflix’s newest comedy-drama film. After Lilly (played by McCarthy) suffers a loss, she finds the courage to heal her relationships and rediscover her capacity for love in the most unlikely and unexpected way. If you see me watching this trailer over and over and bawling my eyes out, respectfully, no you didn’t.

If you’re looking to ring in spooky season a bit early, start with Intrusion. In this suspenseful thriller, a deadly invasion at a couple’s remote dream house sparks a woman to search for answers. In her investigation, she quickly learns that the true danger is just beginning. In true too-paranoid-to-watch-thrillers fashion, I only planned to watch a few seconds of this trailer, but I couldn’t pull myself away from the eeriness.

The post Grab Your Popcorn: 16 New Netflix Features We Can’t Wait To Watch appeared first on The Everygirl.