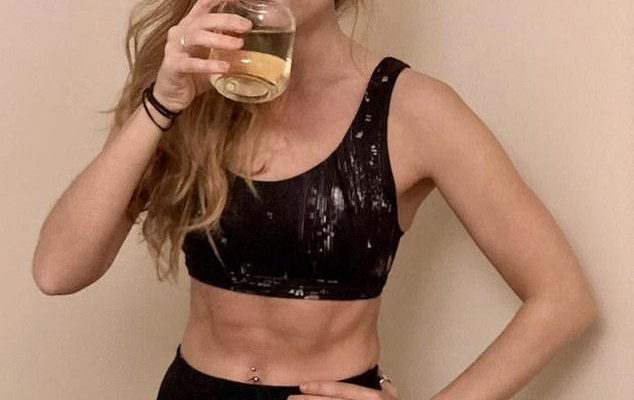 Kayleigh Oakley, 33, from Kent, says she drinks her own urine every morning

Drinks a glass and puts it on face for improved skin, health and increased energy

Kayleigh Oakley, 33, from Newington, Kent, drinks half a pint of pee upon waking, claiming that it keeps her complexion looking fresh and that it has cured a ‘lifetime’ of health conditions.

Now a yoga teacher, Kayleigh was just four-years-old when she was diagnosed with a low immune system, resulting in her suffering from constant tiredness and muscle pain. When she turned 15, Kayleigh developed autoimmune condition Hashimoto’s disease, causing an underactive thyroid.

Two years later she was told she had chronic fatigue and fibromyalgia, which causes pain all over the body and even the smallest tasks became a nightmare to Kayleigh, whose husband, Tristan, 39, is a draftsman.

Battling a low immune system for years, with a strenuous day out leaving her bed-bound for a week, Kayleigh, claims just days after sipping the yellow liquid she felt transformed – despite there being no medical backing that it’s beneficial.

Speaking about her alternative ‘urine therapy’, she said: ‘It was almost instant. Drinking urine can’t harm you and I view it as a medicine. We don’t think twice about taking drugs bought over the counter, with side-effects, yet urine has no side-effects and it works really well’.